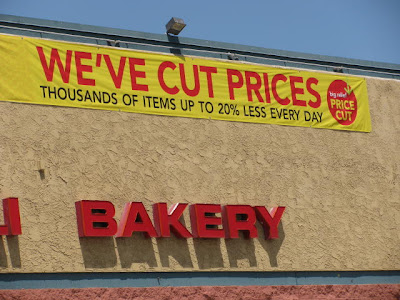 Continuing a trend that historians have termed the great Granada Hills Grocerypocalypse, Giga Granada Hills has received word that the Albertson's store on the corner of San Fernando Mission and Woodley is slated to be closed some time in February.

Albertsons is closing three other Southern California stores as well, none of which are in Granada Hills, so those aren't the ones you have to worry about.

Albertsons said that the soon-to-be-shuttered locations were underperforming, and said in a press release said that "Albertsons strives to ensure the success of all its stores, however, it is occasionally necessary to close those that are not meeting company goals in today's competitive and difficult economic environment."
Granada Hills blog