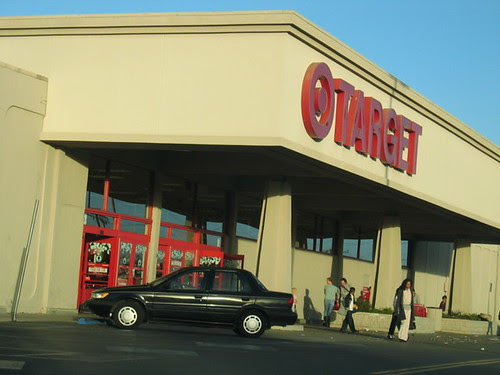 image lifted from runchadrun In my baby book, on the line next to "Baby's First Car Trip," it says "Gemco." Gemco, of course, later became Target, which is basically the same store with better picture frames. A few years ago, this friendly little Target was demolished and rebuilt into the megamart it is today. I'm not sentimental because I'm a knee-jerk opponent of change, but there's a lot I miss about the previous incarnation of Tar-jhay. First of all, now that you have to take an escalator to get into the store, there's no more pretending that you're going to run in and run out, which never actually happened to me anyway, because of mission creep. Going up that escalator gives a trip to Target a new sense of commitment. The thing I miss the most, though, is the garden department. I used the garden entrance more often than I used the main entrance, simply because it was so pleasant to walk through the cool, damp mini-jungle fille
1 comment
Read more
More posts