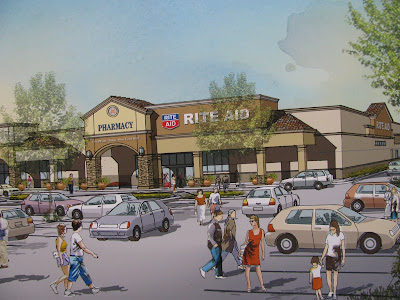 At an open house last week, Regency Centers unveiled plans for a reshuffled Granada Village Shopping Center, which will include a new Sprouts supermarket and relocating Rite Aid to the center's northeast corner, along Zelzah Street just north of Chatsworth. Cheerful artist's renderings of the Village's reopening on display at the event depicted the now-lifeless east end of the shopping center reimagined as a bright and bustling destination during a future in which everyone will drive either a tan AMC Gremlin or a grey Hyundai Excel. Old-timey Granada Hillsians may remember the incipient Rite Aid location as the former home of the Granada Brunswick Lanes and the place where David Lula had his 6th birthday party and I spilled my root beer all over the table. More recently, the site was home to a Ralph's supermarket that was consistently humiliated by its flashier and more popular big sister across the street, and most contentiously, the site of an abrogated Kohl'
8 comments
Read more
More posts