Showing posts from November 7, 2009
Show all 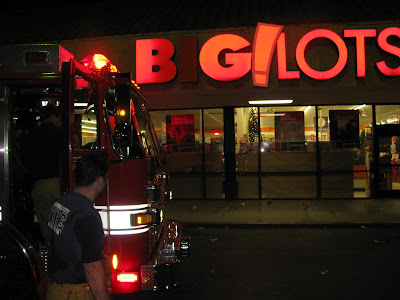 This evening around 8:30 p.m., firefighters put out a small fire on the roof of Big Lots, on the corner of San Fernando Mission and Woodley. The fire was the result of torch-down roofing work recently done on the building which caused smoldering that erupted into flames this evening. According to firefighters, it "could have been a big one" if it hadn't been detected quickly. The store was open when the fire erupted, but no evacuation was necessary because smoke was not entering the building.
Post a Comment
Read more

Do You Heart Granada Hills?

A message from Granada Hills South Neighborhood Council: Become part of the Granada Hills South Neighborhood Council! THURSDAY, NOVEMBER 12, AT 7:30 P.M. GRANADA HILLS PAVILION 16916 San Fernando Mission Blvd., Granada Hills A representative from the L.A. City Clerk's office will give a short presentation about the requirements to become a candidate for the Board of the Granada Hills South Neighborhood Council. He will give details of the election, including candidate and voting eligibility requirements, voting age, etc. This introduction will also serve as an opportunity for the board and stakeholders to raise any questions or issues specific to our board's election. THIS IS A "NO OBLIGATION" MEETING! If you are even slightly interested, come for the information! You don't have to make a commitment to run yet. The filing period to become a candidate will be December 4, 2009 through January 4, 2010, with the election to be held on March 3, 2010. There
Post a Comment
Read more
More posts