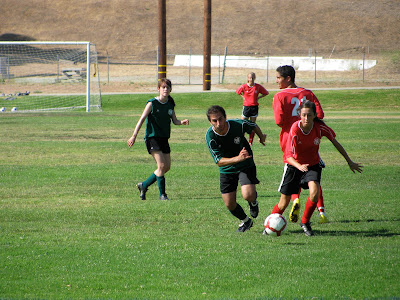 Balboa Youth Sports Complex has been given another lease extension by Metropolitan Water District, and the teams that use the facility to play baseball and soccer will be able to continue using the site while new facilities in Sylmar are readied for players, which could take more than a year. Mitch Englander, chief of staff for Councilman Greig Smith, told GigaGranadaHills that in a meeting held last Wednesday, an agreement was reached to extend the lease on the current location for "a year plus," preventing a gap that would have left the teams with nowhere to play until arrangements for the new Lakeside Basin location were finalized. Englander said that 40% of the players using the current Granada Hills location were traveling from the Sylmar, Arleta and Pacoima areas, and this move will put the fields in closer reach for those team members. "There's a lot of kids that live over there that don't have access because they have parents that either don't ha
7 comments
Read more

July 19, 2010
Filmmaker and Granada Hills resident Mark Hovater was kind enough to send this video of the Veterans' Park dedication ceremony to GigaGranadaHills. If you missed the event, you'll be happy to see it so well captured here. Thanks, Mark!
1 comment
Read more
More posts