Plums and Honey, Clowns and Elvis 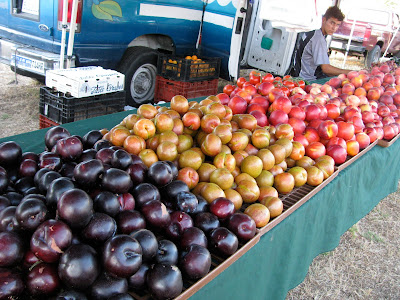 With the prickly yellow lawn of the Granada Hills Masonic Center crunching underfoot, last Friday GranadaHillsians finally enjoyed a Farmer's Market we could call our own. So take that, Tarzana! Neener neener, Northridge! Suck it, Studio City!

But look at those outfits! These guys are ready for anything, from a car crash to a Governor's ball! Secret world government never looked so good.


But the lazy kids just messed around.


The Granada Hills Farmer's Market continues weekly, every Friday from 5pm to 9pm at 16535 Rinaldi (at Hayvenhurst), Granada Hills.