Showing posts from December 4, 2009
Show all

Politicking At The Parade

December 04, 2009
The organization Sign For Equality will be gathering signatures for a ballot initiative to repeal Prop. 8, the anti-gay marriage amendment to the California constitution, and representatives from the group are seeking help from volunteers.

I will be at Northwest corner of Petit Park to get a plan to disperse the volunteers and arrange how to meet after the event. I will be wearing a yellow t-shirt with the SignForEquality logo on the front and black lettering on the back, as will others. I will also be wearing a black baseball hat with a Repeal Prop 8 2010 sticker on it.

You are welcome to join us in our effort. If you wish to do so, please go to www.signforequality.com, review the training video, download the .pdf petition form and print out about 20-25 copies. Please make sure you wear comfortable shoes and bring a clipboard or two.

Consider lending your support to this worthy cause.

The Granada Hills Holiday Parade: Holidays Of The Sixties! 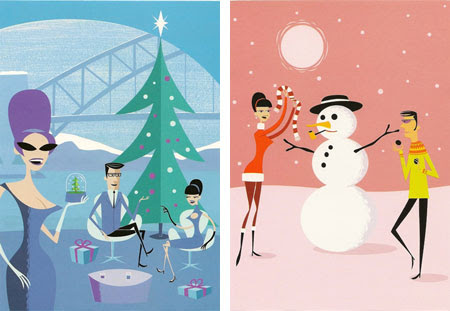 They mean this sixties

Not this oneThis Sunday at 1:30 p.m. will be my very favorite occasion on Granada Hills calendar: The Granada Hills Holiday Parade!

I'm not really sure why I love this parade so much; it's certainly not because it's a thrilling entertainment spectacle. Last year, halfway through the lengthy event, my kids put down their comic books and said, "Mom, can we go home now?"

As kids, I suppose they just don't find it compelling to watch groups of other kids walk down the street, no matter how adorable their matching outfits are. They also don't have the sentimental attachments to the parade that I do; they don't have any cherished memories of rollerskating down Chatsworth Street in a Brownie uniform back in the days when the parade was held in the Fall and called the "Youth In Action Parade." And their hearts don't yet swell with hometown pride when they reflect on the fact that Granada Hills is one of the few towns ro…
2 comments
Read more
More posts