Continuing a trend that historians have termed the great Granada Hills Grocerypocalypse, Giga Granada Hills has received word that the Albertson's store on the corner of San Fernando Mission and Woodley is slated to be closed some time in February. Albertsons is closing three other Southern California stores as well, none of which are in Granada Hills, so those aren't the ones you have to worry about. Albertsons said that the soon-to-be-shuttered locations were underperforming, and said in a press release said that "Albertsons strives to ensure the success of all its stores, however, it is occasionally necessary to close those that are not meeting company goals in today's competitive and difficult economic environment."
11 comments
Read more 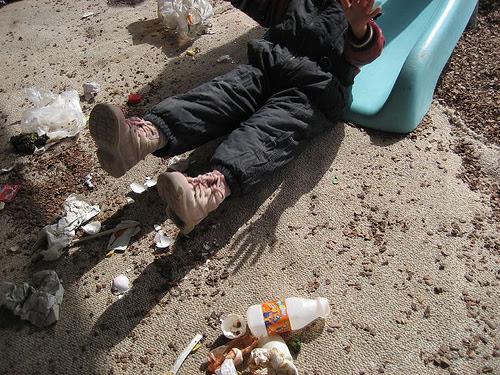 The garbage at Sunshine Canyon might make a big mountain, but not a stable one. According to a letter from Wade Tsuda of Los Angeles Building and Safety, on January 11, "About 4-5 acres near the county scales had fissured and portions of the access road to the county scales and adjacent hillside had slid." Tsuda's letter described an immense crevasse in the trash, saying the slide had formed an approximately 20 to 25 foot long gap that ranged from 3 to 25 feet deep, and that "there was considerable earth movement and large cracks were visible in the hillside below the offices." Onsite staff buildings were evacuated, and power lines, which fell during the slide, had to be deenergized. There were no reported injuries. The access road that serves the landfill was damaged by the slide, and was described as "unstable and barricaded." This resulted in a backup of trash trucks to the area, and Valley Traffic was called in to manage the jam on San Fe
Post a Comment
Read more

January 18, 2011
Today's installment of the CD 12 candidate interview series features Mitchell Englander, Chief of Staff for current Councilman Greig Smith. Englander is the best-funded of all the candidates and the man to beat in this race.
5 comments
Read more
More posts