Get Ready For A Boom Boom

September 11, 2009
The Space Shuttle will land in California, at Edwards Air Force Base at 5:53 p.m. today, so don't be alarmed if you hear a double sonic boom here. If you head out to the desert from Granada Hills now, you might be able to see the shuttle. According to my sources: They're using runway 22. The ground tracks are over north base. There are two possible final approach circles - one CW centered over the 20 mule team offramp off the 58; one CCW centered over the rocket test site. I'm thinking we'll park on the shoulder of Rocket Test Site Road as far south as they'll let us. STS-117 orbit 219 ground track used the CW approach. Today, they're describing a CCW approach. Link
3 comments
Read more

"Officer Curt Logan used to own a pet store in Granada Hills, but given the state of the economy, he decided to get into law enforcement. Now, Logan is set to begin his new career as one of L.A. s finest. " (click photo for DailyNews.com story)
Post a Comment
Read more

Not A Restaurant Town. 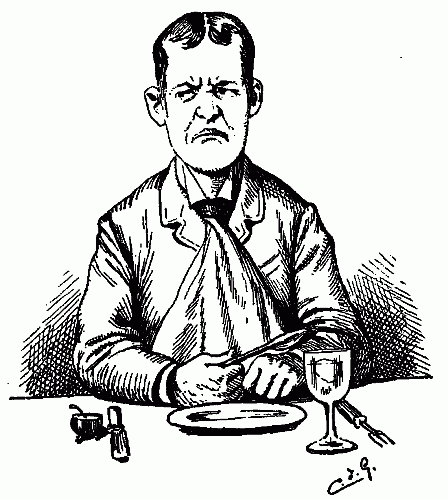 Image courtesy public-domain.zorger.com Granada Hills is just not a restaurant town, and apparently, I'm not the only one who's come to that conclusion. It's not a hopeful sign when an entire magazine's restaurant listings don't even allow for the possibility that there might be someplace worth eating in your neighborhood, but that seems to be the position that Valley Magazine has taken. In their recent Restaurant Guide, listings are sectioned off by neighborhood: Chatsworth/Northridge Encino/Mission Hills/Tarzana/Valley Glen/Van Nuys Santa Clarita Sherman Oaks/Studio City Burbank/Glendale/Pasadena North Hollywood/Universal City/Toluca Lake Agoura Hills/Malibu/Simi Valley/Thousand Oaks/Ventura/Westlake Woodland Hills/Calabasas/Topanga Notice anything missing? The magazine that's supposed to be all about the Valley (but is actually little more than a Jane Boeckman vanity project/Galpin Ford advertorial/ plug for The Horseless Carriage) goes all th
2 comments
Read more
More posts