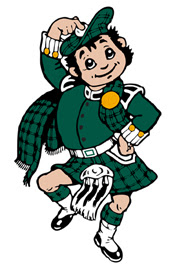 Last month, I was invited to join a Facebook group entitled, "A Petition To Keep Kilts In GHCHS Marching Band." As a former Highlander myself, as well as a general devotee of men in skirts , I accepted the invitation with enthusiasm and a degree of alarm. The Granada Hills Charter High School Highlander Marching band without kilts? That's like Loch Ness without the monster. It's like golf without balls. It's like prom without booze. It just doesn't work. And it flies in the face of tradition. How did it come to pass that someone would even consider stripping the Highlander Marching Band of their kilts? After joining the petition group, I started peeking into the rumors to see if there was anything underneath. To aid in the petition effort, I also let my Facebook followers know about the group, and the word quickly began to spread. Soon, the group's numbers swelled from a handful to almost three hundred members. Outraged students and alumni
38 comments
Read more
More posts