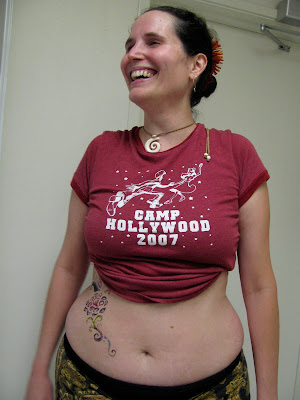 "Society tells you to hold in your belly. But society is outside of this door. So when I say 'release,' you really need to release."

On the word "release," belly dance instructor Jen "Edara" McDonald lets her abdomen slacken, revealing a midsection that is at once muscular and voluptuous. It's a shocking gesture, really, with a rarely seen degree of physical candor.

That I'm briefly taken aback by the frankness of this move only shows me how deeply my own programming has been implanted. Here's another measure: if forced to expose either my bits or my belly, on most days I'd probably go with the bits. They've certainly brought me more happiness than the belly ever has. 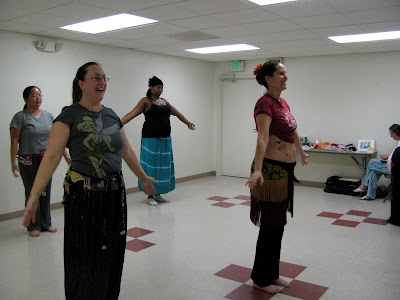 There's an impressive specimen with the physique of Aretha Franklin wisecracking her way through the hour. The girl with the best body seems to have the least confidence. Many here are repeat students. The class isn't populated with anyone who looks like what most would picture upon hearing the term "belly dancer." It's an ordinary cross-section of women, but we're all here to do an extraordinarily sexed-up form of dance. That's another area in which ballet just doesn't compare. 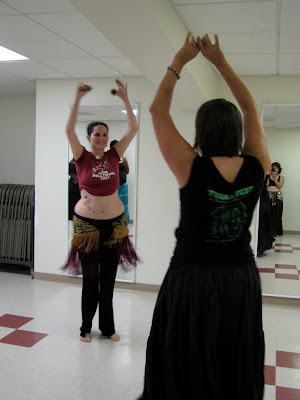 A belly dancer for more than ten years, Edara, in addition to teaching, is also a member of a dance troupe called Twisted Gypsy and leader of a student performance troupe called Gypsy Sisters. Edara, a third-generation "Granada Hillbilly," explains that the American Tribal Style of belly dance is a unique offshoot of the form, stirring Flamenco, Egyptian and Indian styles into the Middle Eastern mix and described by devotees as "a new tradition with an ancient foundation."

As a workout, opinions about the class seem to vary; some sigh with exhaustion, while others don't break a sweat. But as a method of "Awakening the goddess within"? Well, that can hardly be helped. Witnessing Edara's body confidence while spending an hour having her encourage you to jut out your breasts, swivel your hips, and even remind you that "there's an elbow goddess, and she likes to be lifted," it's hard not to be swayed. 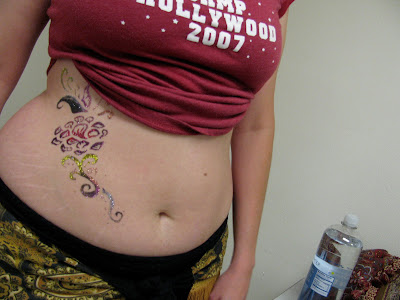 I imagine that many of the women in this class won't go on to become professional belly dancers, or even perform for an audience larger than one—but that one will be very, very happy. After class, walking across the parking lot to my car that's parked by Trader Joe's, with the doom-tekka-tekka-tek-doom-tekka-tek of Middle Eastern rhythm still in my step, I notice an shimmy in my hips that wasn't there an hour earlier.