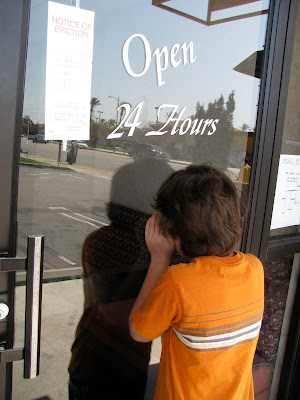 "Almost none of that is true," Naylor said of the story that the business was evicted and patrons were escorted out of the restaurant.

"That's a wild rumor. There were no patrons of the premises, we closed voluntarily, and turned the premises back to the landlord. There was an eviction served three days after we vacated the premises."

Naylor said that they were behind on rent payments as "part of the negotiating strategy" with property owners whose rents Naylor said were too high -- "nearly twice what it is at Farmer's Market." So the management "dragged the rent to see if we could get them to come to the table. Of course we will pay them back rent."

Naylor didn't rule out a return to Granada Hills. "If another location comes up there, of course we love the community."
granada hills Granada Hills blog