Subs and Celebs At The New Jersey Mike's 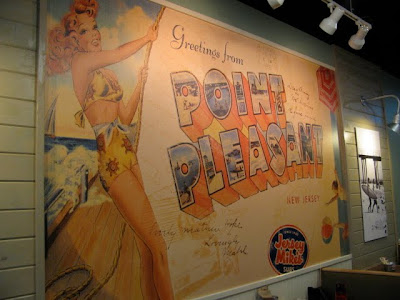 "I'm so glad you're here!" a fiftysomething woman gleefully clutching a sandwich tray says to me. I'm puzzled for a moment, and then I realize that she's mistaken me for an employee of the sub shop, because I'm standing there holding a folder.

"Yes!" she exclaims. "I'm from Jersey, and I haven't been able to find sandwiches like the ones back home until I found this place. I'm so glad you're here," she repeats.

"So they're as good as you remember?"

"Just like I grew up with," she smiles, and then the woman floats back over to her table on a cloud of cold cut joy. From the looks of her, I can tell this lady's eaten a sandwich or two in her day, and this place has made her so very, very happy that she's anxious to tell that to anybody who'll listen. 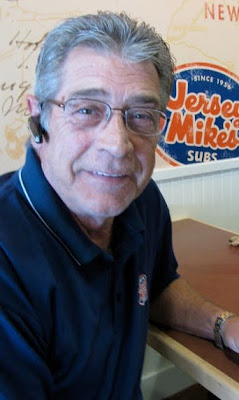 Smilin' Steve Yeager
It's not just former residents of the Garden State who are excited about the arrival of a Jersey Mike's in Granada Hills; Dodger fans are just as excited to stream into the sub shop's doors. That's because on most days, you can find tri-World Series MVP Steve Yeager in the shop, lending a hand and chatting up customers.

"But don't make the article about me," Yeager says. "It's all Charlene and Jillian's baby." The amiable and garrulous former Dodger, once called "the best-throwing catcher in the game," is here in a supporting role; the shop is primarily run by his wife Charlene Yeager and her partner Jillian Armenta, with help from Steve and from Jillian's husband James.

"I was taken out of retirement to be the Wal-Mart style Jersey Mike's meeter-greeter, slash busboy, errand boy, delivery boy," Steve says. And I'm having a great time. I get to talk to people about sports, politics, they come by to say hi. I'm here at lunch and dinner, then I help clean up at night. James and I do what we can do to support them and to help them out." Each couple has a son who works at the store as well, so the venture isn't just a double date, but a family affair. 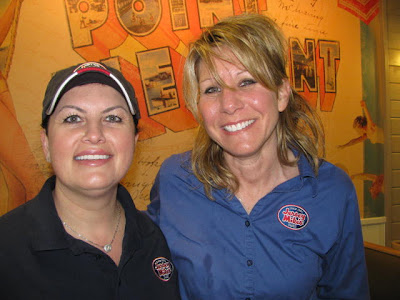 Jillian Armenta and Charlene Yeager
I ask for Jersey Mike's signature sub, and I'm given the No. 13, the Original Italian. No. 13's point of pride is its three types of ham — traditional, cappacuolo (which everyone else in the world spells "cappocollo"), a spiced ham, and prosciuttini, a peppered prosciutto — and what they call "the juice," a blend of herbs, vinegar, and olive oil.

The olive oil, fragrant and fruity, is assertive in the finished product, and a pleasant surprise; the spices in the ham trio and in the salami and pepperoni are piquant. In short, it's a damn solid sub. I ate half and wrapped up the second half for later; by the time I got to it, the vinaigrette had saturated the bread and the flavors had wedded; it had actually improved with age. "A lot of people are afraid we're putting too much oil and vinegar, but really, that's the key to it," Jillian says. "It rolls off the tomatoes and soaks into the lettuce. That's what makes it blend together."

Charlene and Jillian have been partners for more than ten years, but not in a sandwich shop; formerly, the duo ran a mortgage business. "But we knew the mortgage business was coming to an end, and Charlene used to own a deli before, so we went back to our roots," Jillian explains. "We still have our mortgage business, but it's just obviously not as busy as this is now." 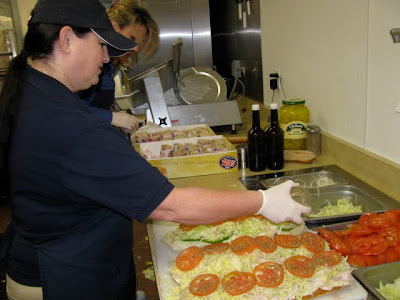 In this very different business setting, there is one key similarity — namely, that Charlene and Jillian are still the ones in charge ("We're both very bossy," Charlene laughs) — and one key difference: "The work is a lot more physical!" says Jillian. "Baking the bread, being on the slicer, you get sore arms."

"Plus the 17-18 hour days during our first month," Charlene adds. "The first month was tough. We were here 110 hours a week. We put a trailer in the back so we could take little naps." As if to illustrate her point, a delivery man stops by and, seeing Charlene and I in a booth together, says with a look of surprise, "Hey — you're sitting down!"

Charlene shoots back, "It won't last!" And it doesn't; moments later, she and Jillian are back in the kitchen, preparing to face the already accumulating lunch crowd. It's a far cry from the mortgage business, but it seems to make people a lot happier — even the ones who aren't from Jersey.