The Granada Hills Holiday Parade: Holidays Of The Sixties! They mean this sixties 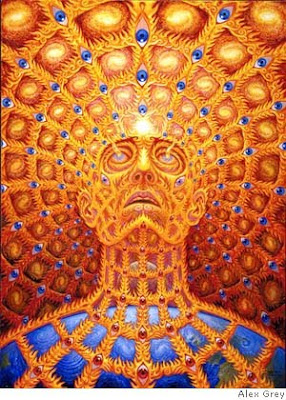 Not this oneThis Sunday at 1:30 p.m. will be my very favorite occasion on Granada Hills calendar: The Granada Hills Holiday Parade!

I'm not really sure why I love this parade so much; it's certainly not because it's a thrilling entertainment spectacle. Last year, halfway through the lengthy event, my kids put down their comic books and said, "Mom, can we go home now?"

As kids, I suppose they just don't find it compelling to watch groups of other kids walk down the street, no matter how adorable their matching outfits are. They also don't have the sentimental attachments to the parade that I do; they don't have any cherished memories of rollerskating down Chatsworth Street in a Brownie uniform back in the days when the parade was held in the Fall and called the "Youth In Action Parade." And their hearts don't yet swell with hometown pride when they reflect on the fact that Granada Hills is one of the few towns round these parts that's -- what's the word I'm looking for: hokey? corny? sentimental? family-oriented? -- enough to even consider putting on such an event.

"What's unique about the Granada Hills Chamber of Commerce is that it's one of those chambers that's not just a business chamber," says John Chiccarelli, parade chairman. "It goes to great lengths to represent the interest of residents, homeowners, and all elements of the community, which not all chambers necessarily do. Most of them primarily represent the businesses. We're more of a total community chamber. So the chamber underwrites the parade to promote goodwill. We've had over 50,000 children that have marched in that parade, and we have some instances, starting over the last few years, where we have parents who were in the parade as children now bringing their children into the parade."

"We have a lot of great car clubs, large groups, Tournament-of-Roses-quality equestrian units," Chiccarelli says, "but the main focus is those Brownie troops, those Little Leagues, those soccer teams, the service clubs," "It's really kind of an old-fashioned community parade, and it's the largest holiday parade in the San Fernando Valley."

Chiccarelli, who has been in charge of the parade since 1983, recalls just one minor mishap in the parade's history. "In the first year I chaired the parade, I remember someone knew a soap opera actress who was willing to be Grand Marshall of the parade, so I said yes. In passing, I told my mother the name of this person, but my Italian mother said, 'Are you kidding me? She plays a prostitute! She's the villain, the homewrecker!' So anyway, we had the day of the parade, and here's this lady waving to the kids. I don't think we got any complaints, but there must have been people in the back of their minds thinking, 'What is this?' I've never been able to live it down with my family."

For those who read this story and think, she's just an actress playing a role, so what's the big deal? imagine Kim Cattrall from "Sex And The City" serving as Grand Marshall and you'll see the problem.

Speaking of potential mishaps, how about that theme, "Holidays of the Sixties"? Any Black Panthers marching in the parade this year?

"I think we took it the other way, more with fun, like the Beach Boys, The Beatles, the moon landing. Those are some of the suggestions that we included in the cover letter, so I think everyone knows you have to do it in a fun and good way. It's a family parade, a kids parade," Chiccarelli says. "We pick a theme each year just to make it a little more fun and give it an added element."

Okay everybody, you heard the man: let's have a clean parade. After all, this is Granada Hills.