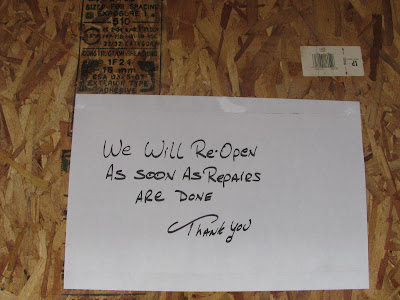 Quality Cleaners, on Balboa Boulevard just south of San Fernando Mission, will remain closed indefinitely after a motorist crashed their car through the shop's front window yesterday morning at 8:00 a.m.

The shop owner refused to comment other than to say a lawsuit is pending after the crash, and that everything else surrounding the incident -- when and if the store will reopen, what repair costs will be -- was "undetermined."

The driver was not injured in the wreck, but a person on the sidewalk suffered minor injuries.