Strays, Not Schools: Why The GHSNC Should Be Abolished 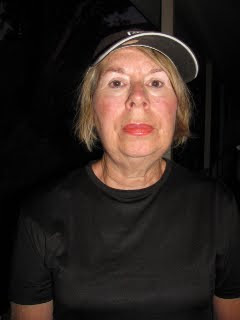 In a stifling hot room at First Baptist Church of Granada Hills (not to be confused with Granada Hills Baptist Church), Granada Hills South Neighborhood Council meeting attendees munched pizza and chatted freely amongst themselves during a presentation by representatives from the Deaprtment of Sanitation on a city plan to make biofuels from black bin waste.

The whirring of box fans and ambient chatter made it difficult to hear details of the plan, as did problems with the room's sound system. As I strained to hear, a woman sitting next to me loudly groused, "Idiots. What do they spend all that money on microphones and they don't even use them. Five thousand dollars on that sound system and it doesn't even work. Disgusting."

When I began Giga Granada Hills, one of the first things I did was email all of the members of both the North and the South Neighborhood Councils, inviting them to write guest blog entries. No one responded. However, Linda Romney, who has regularly attended Neighborhood Council meetings for about two years and seems to have positioned herself as their arch-nemesis, was more than happy for an opportunity to share her views.


How long have you lived in Granada Hills?

My parents bought their house in 1965.


What's your opinion about what goes on here?

First off, they hold what's called secret meetings because of the fact that when the board was elected, there were about 54 votes to put these people in. And the stakeholders, who are the taxpayers and represent everyone, we have no say in anything that occurs whatsoever.

They have $50,000 a year, and there's 58 different neighborhood councils. Each one of them gets $50,000. Plus the bureaucracy that goes with it, plus we're supposed to be having hard times, the city's having a problem with money? They can't spend money fast enough!


What kinds of things have they spent money on that you disagree with?

One of the things is that they're constantly buying computers for elementary schools.

As you know, there hasn't been a bond measure that the public hasn't voted in for schools. There's all kinds of money available for schools, but they constantly come here. The Rotary Club, and the Chamber of Commerce -- anything that they want, they get us to pay for it.

For instance, there was a man that came for a food bank, and it was in Sylmar/San Fernando. And on the agenda today there's another person from Sylmar coming here, and it's gonna be used in Sylmar. They have these neighborhood councils all over. Sylmar should go to Sylmar, not Granada Hills.


Have you thought about joining the council yourself?


But how long is their term? When their term is up, could you run?

I wouldn't want to run. The base of how they're set up is totally and completely erroneous. The stakeholders, the citizens, don't have any say in anything that's occurring here.

It should be abolished. And so what what I want to do is I want to abolish them.


But let me ask you: maybe if you asked the board members, they would say, "We are citizens of Granada Hills, and we have a say, because we got on the board." What would you say to that?

You think fifty-four votes represents fifty thousand constituents? I don't think so. And when we voice our concerns, in one ear and out the other, and it's run as if it were a dictatorship by Dave Beauvais.

If you were somehow in charge, if this were done away with and you had the power to have your say, what would you do with that $50,000?

I would spend each of the $50,000 for each of the 58 councils, which comes to about 1.2 billion dollars,* I would use it to make sure that all of the animals were spayed and neutered and that they were never killed. The runaway pets.

The other thing I would do is you know how they're putting the taxes on our tax bill for the schools? I would make sure that the money went toward that. It didn't go on our property taxes. I would say use that money, and make sure that money goes toward the schools and it's not put on the individual taxpayers. Which is what they're doing -- they skirted Prop. 13 with this latest proposal that was voted in.


As far as Prop. 13 being about not having a tax without taxpayers' approval...

Right, two thirds approval. And we voted for a proposition just recently , and in the fine print it gave them authority to go ahead and add any amount of money that they needed that they didn't' have, any deficit, straight onto the property owner, and that's what they're doing. And it amounts to, I think they said between 124 and 300 dollars per every property, and we can't afford it.


So you said you've been coming to these meetings for two years?