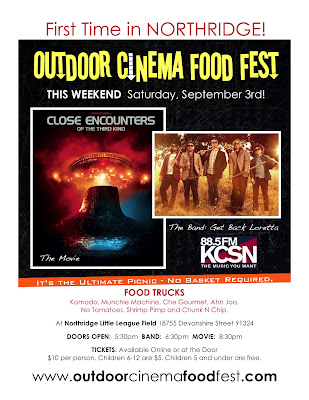 A pair of tickets goes to the first person who emails webmistress@gigagranadahills.com with the correct answer one of the following questions:

1. Who is the honorary mayor of Granada Hills?

2. What type of trees are a historic landmark on White Oak street?

3. What famous architect designed the building that is now a liquor store on Chatsworth Street in Old GH?

4. Before it was Chatoak Pet Clinic, the building on White Oak and Chatsworth was a former soda shop/house of ill repute called ________.

5. Which memorable scene from which Judge Reinhold film was shot on which street Granada Hills?

Please only answer if you really want the tickets. One pair of tickets per respondent.