Places To Have Coffee That Aren't Starbucks, Episode I: Ninong's Pastry & Coffee 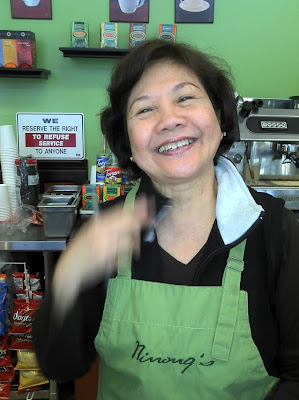 It's nearly all regulars in here. A steady trickle of customers comes in the doors all morning long, yet Ninong's is never crowded. It's spacious, friendly, and quiet, and owner Amorfina Tica -- better known as "Amy" -- greets just about everyone like a familiar friend.

One taste of the coffee here lets you know you're not at the mermaid chain; there's none of the over-roasted, over-aggressive notes, and no baseball-bat-to-the-head of caffeine. The coffee just treats you nicely, which is all I want from the world on most mornings. 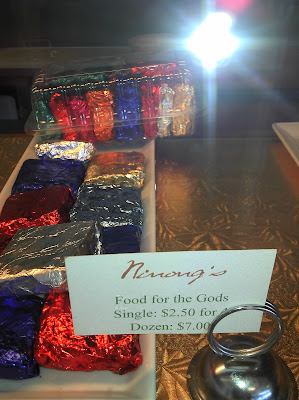 Amid the expected coffeehouse offerings — espressos, croissants, and the like — you can find several uniquely Filipino/uniquely Ninong's offerings. There's the create-a-cupcake, with your choice of sprinkles, to delight the kiddies. Then there's the empanadas, including longanisa, a Filipino sausage. Ninong's is also a full-service bakery with a full breakfast and lunch menu, and cute little breakfast places is something GH is definitely in short supply of.

Among the shop's amusing traits is its collection of specialty teas, each promised to cure a host of ailments: one variety is touted as a "natural detoxifier and remedy for liver problems and diabetes," another is "ideal for diabetics and sufferers of kidney problems," and a third variety, called Banaba, allegedly "acts as an antihistamine, antipyretic, antitussive, expectorant, and analgesic in one." I have no idea what "antipyretic" means, so I'm going to assume that this tea prevents you from catching on fire, which I'm sure must be a good thing.

The only thing that makes me occasionally wish I was elsewhere when I'm tucked into a cozy corner of Ninong's with a milky cappuccino is the god-awful soft rock piped into the speakers. Even the best coffee in the universe wouldn't be enough to make me pleased about being subjected to both Phil Collins and Celine Dion in a single sitting, but then again, the soothing effects of a butter-soaked chocolate croissant do a lot to mitigate the damage. 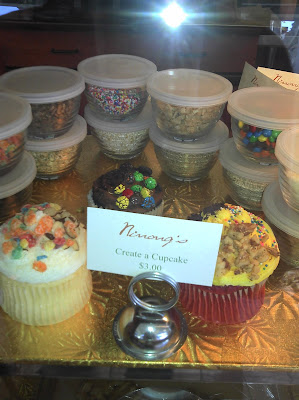 Ninong's other slightly tacky touches, such as Costco-sized plastic bottles of flavored non-dairy creamer poised next to the napkins and stirrers as opposed to actual half-and-half only heighten the feeling that it's more like visiting Grandma's house than patronizing a corporate chain, and of course, "ninong" is Tagalog for "godfather" — a name which perfectly suits the vibe of this family-owned shop. Simply put, the small imperfections are a big part of the charm, and they're well worth overlooking given that Granada Hills so desperately needs more independent places like Ninong's. If warmth, uniqueness, and local color are your cup of tea, drop by.