One Book, One Granada Hills

Granada Hills needs a book to get us through the coming winter months. A book to curl up with on a rainy night by the fireplace, a book to be seen with as you sip your Pumpkin Spice Latte (tm) at the Starbucks over by OSH, a book to fight for the last copy of at the Granada Hills Branch Library, so conveniently located next to Petit Park, a great place for a read during a break in the clouds.

The first time I heard of the concept of a "One Book" program, it seemed to have a fascist ring to it --"Ein Buch! Ein Reich! Ein Führer!"

But once I heard that Vancouver's version of the program, One Vancouver, One Book, chose perennial geeklarity favorite The Hitchhiker's Guide To The Galaxy, I realized that I might have been all turned around on the subject -- of One Book, and of Vancouverites, whom I'd always previously thought of as far less nerdy. But the nerds are my people, and I embrace their ideas wholeheartedly, for I am one of them.

Chime in with your suggestions. Here are the ideas from some other Granada Hillsians:


I am going to give you four choices, non-fiction, sci-fi, western and mystery.


Non-fiction: The Betrayal of America, by Vincent Bugliosi. A step by step analysis and condemnation of the 2000 SCOTUS decision installing George W. Bush as President. And yes, I'm still pissed off at the decision.

Lonesome Dove, by Larry McMurtry. A story of hard men in hard times, McMurtry paints a word picture telling us all what the wild west in the late 19th century was really like. There are four books in this series, I also particularly liked "Streets of Laredo".

Dune, by Frank Herbert. Substitute oil for spice and you have a pretty contemporary novel in many ways. Sadly, the movie was one of the worst Science Fiction adaption's ever.

My favorite mystery series is the Dave Robicheaux series by James Lee Burke. Start at the beginning, with "Neon Rain" and work your way through. Burke has compelling characters, and describes Southern Louisiana, where most of the novels are set, with beautiful imagery.

"Of course, considering the often contentious relationship between L.A. City and the San Fernando Valley and its towns, I’m inclined to pick A Tale Of Two Cities."

"As a native Californian and a native Angeleno, I have to suggest Carey McWilliams' Southern California Country: An Island on the Land, which despite its age remains a classic of California social history, written by an astute observer who brought a poet's eye and hand to the land "south of the Tehachapi."... both great fun to read and an engaging snapshot of California in the interwar era.

"Another great read is John McPhee's Assembling California, which quite literally is a layman's guide to the geological history of California, written by a prize-winning journalist who is able to make science, geology, and seismology - the very underpinnings of this place we come home - come alive, from the Sierra Nevada to the Coast Ranges. Both are wonderful works to help gain some perspective on California, its peoples, and our problems. 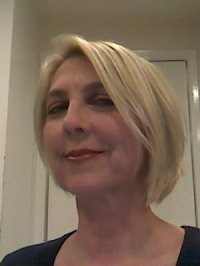 "How about a mystery from a local author? Joel Fox has written a book called, Lincoln’s Hand based on the rumors that they move Abraham Lincoln around. He lives in Granada Hills."

Here's an author who wrote many popular and at the same time enlightening books... hard to pick just one but... Space by James A. Michener. Not about this area, but our area has contributed a lot to the space program.