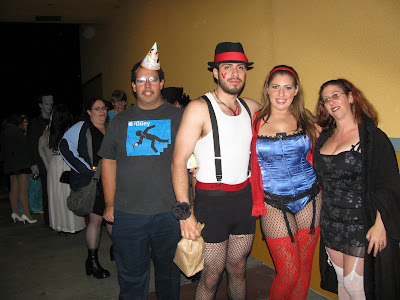 The Rocky Horror Picture Show turned 35 this year, and if you still haven't seen it, well, that's a pretty long time to still be a virgin. 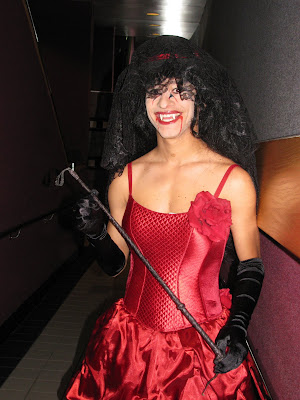 Of course, even a movie with a drag queen hero can become mainstream given enough time. Exhibit A: Last night, Rocky Horror was screened in Granada Hills, of all places, at the Regency. Exhibit B: Yesterday, during Tulsa Elementary School's costume parade, as first-graders strolled the schoolyard in their store-bought finest, "The Time Warp" was one of the musical selections. Did the legions of pint-sized princesses and ninjas and their applauding parents realize that their tender younglings were parading to the soundtrack of a film that celebrates every vice known to man?

The shadow cast, assembled from cast members from West Hills, Orange County, and other locations, featured a stellar Frank N. Furter with an impressive collection of screen-accurate costumes and a flawless Narrator, but a Janet who hadn't even managed to procure a sheet of newspaper for the rainstorm scene, and so just pantomimed holding 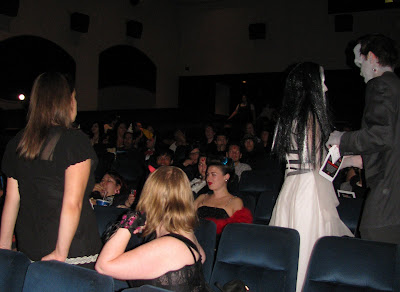 one over her head. Come on... I know you kids are from the Internet generation, but trust me, if you look hard enough, you can still find newsprint! Your grandparents may have some up in their attic, or you can hit up the antique shops, or just look in the bottom of your canary cage. 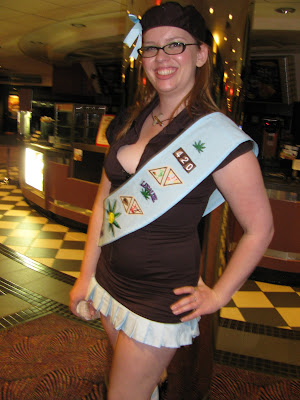 Pun-inspired costumes are THE BEST!

The crew that put on tonight's show plans to make GH RHPS screenings a regular event, with the next one scheduled for December 3. 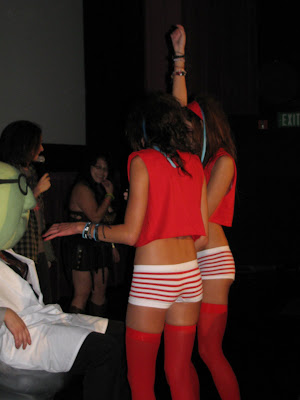 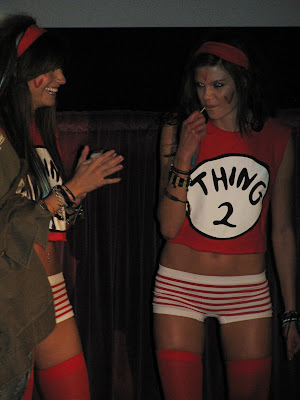 I bet with my net I can get those things yet. 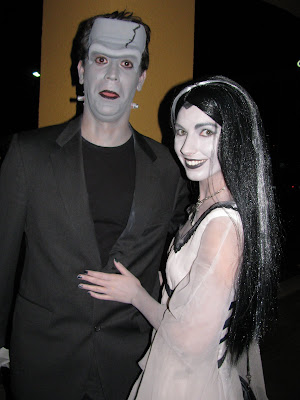