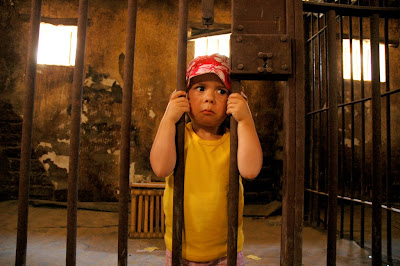 Here's another reason why I don't cover crime: our paper of record is doing a better job than I ever possibly could.

The L.A. Times this morning unveiled a new database that maps and analyzes crime data from all over L.A.
In neighborhood crime rankings, of 206 Los Angeles neighborhoods, Granada Hills comes in at 151. That's not too shabby.

Disturbingly, the database reports a recent uptick in violent crime in our neighboring Northridge. However, Greg Ridgeway, director of Rand Corp.'s Center on Quality Policing, is quoted in the Times' story cautioning that "a spike in the number of reported crimes might be the result of an increased police presence in an area, or it could be a sign of improved cooperation between police and residents who were once distrustful or reluctant to share information with officers."