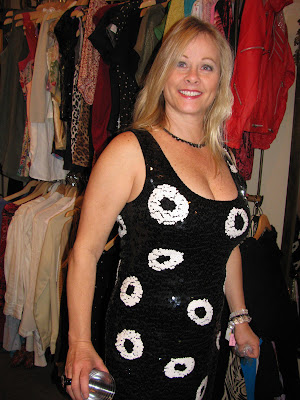 The shop many had hoped would spark a new trend for the Old Granada Hills business district on Chatsworth Street, Alley Cat Boutique, is closing its doors after just eleven short months in business.

Owner Jonalyn Cooper (pictured at left), a thirteen-year Granada Hills resident, had said of Granada Hills in a previous interview: "There's a great vision, and there's people that really stand behind that vision. Unfortunately, we're in a situation where that vision cannot come to be because there are certain elements of the city that stand in the way, but we all have a great aspiration of making this small town Granada Hills feeling, that makes it quaint, charming, and lovely, to match the people that live here."

Cooper strove to make a store that also looked like her progressive vision of what Granada Hills could be: in her words, "Quaint charm on the outside, hip and funky inside." 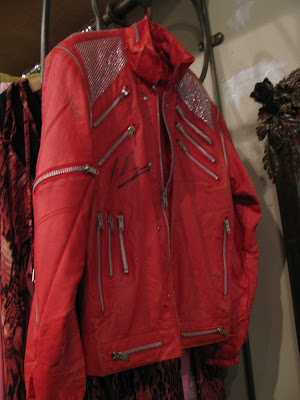 When Alley Cat was just five months old, the shop, a vintage and consignment boutique that prided itself on eclectic and unique offerings ("Not like a Macy's or a Forever 21," in Cooper's words) was voted the Best Resale Vintage/Consignment Shop in Los Angeles in a Fox LA poll. But the shop, much like Granada Hills itself, wound up a story of potential greatness unfulfilled. Cooper couldn't be reached for comment today to verify the cause behind her decision to close the shop, but when GigaGranadaHills last spoke to her approximately three months ago, the shop owner had described business as being "slow."

Many had expressed optimism that the opening of Alley Cat was the harbinger of a renaissance for the Old Granada Hills business district, that its opening would signal another step towards making the town's main street into a pedestrian-friendly, inviting shopping destination, much like Monrovia's Myrtle Street, La Canada's Foothill Boulevard, or Burbank's San Fernando Road.

The shop had also been envisioned as a personal renaissance for the bubbly-yet-business-headed Cooper, who had transitioned from one of least glamorous professions imaginable -- accounting -- to fashion, which she had described as "a passion." In fact, Cooper had aspirations of creating a mini-fashion empire in Granada Hills. Upon the hoped-for success of Alley Cat, Cooper's desire was to expand in to a multi-store operation that also would have included "a childrens' boutique and a shop with high-end dressy suits for men." 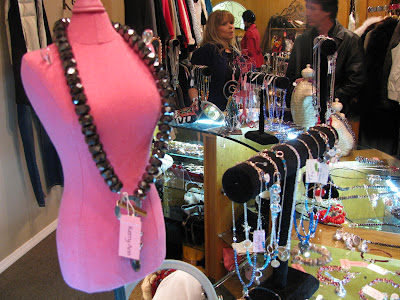 "It is with a saddened heart to announce to you that Alley Cat Boutique is closing its doors. I am deeply grateful to all of my loyal customers and clients who have made Alley Cat Boutique what it was; an Upscale Resale, Consignment and More Store. I have made MANY treasured friends and shared many blessings because of all of you and I thank you for that.

When one door closes another always opens. My family is walking through a new open door, one with great adventure. I wish for all of you, peace, love, hope and joy."

The shop will have an "everything must go" closing sale this Saturday, May 8 from 10am - 3pm, where prices will be discounted to 75% off.