Plain Folks In A Celebrity House 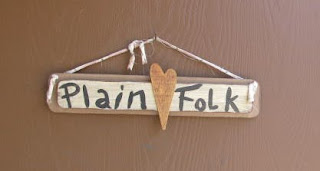 “Neutra's redirection of modernism constituted not a lyrical regression to sentimentality but a deliberate advance of architectural theory and technique to engage the unconscious mind, fueled by the ideas of psychoanalysis that were being rapidly disseminated at the time. In Neutra's responses to a vivid range of issues, from psychoanalysis proper to the popular psychology of tele-evangelical prayer… (is) a radical reconstitution of the architectural discipline.”

from Form Follows Libido:
Architecture and Richard Neutra in a Psychoanalytic Culture by
Sylvia Lavin(MIT Press, 2005) 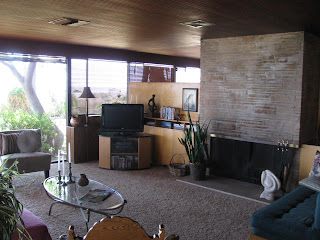 Yep, did you hear that? Neutra's architecture represents an engagement of the unconscious mind and a radical reconstitution of the architectural discipline.

But what if you just need a place to live?

"We moved here because our daughter wanted a horse," explain Gage and Juanita Wilson, current residents of a home designed by the famed architect known as The Logar House. At the time they moved in, there was plenty of room for a horse, as at the time Granada Hills had nothing resembling the densely developed neighborhood it is today. 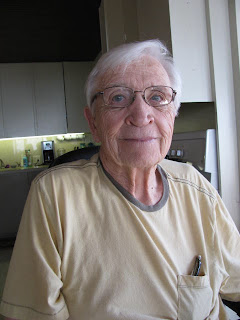 When they decided to purchase the house, The Wilsons knew nothing about Neutra, but over the years they gleaned more and more information about the significance and history of their home. And what a history it is. The couple for whom Neutra built the house, Logars, were vegetarian homeschoolers, which isn't all that uncommon today, but was downright freaky back in the 1950s. Mr. Logar, owner of a health food store, had Neutra install a double-wide refrigerator in his home to accommodate all of his fresh food. When Juanita Wilson moved in, she says at first she was afraid to look in the huge refrigerator, for fear that it might contain a body. 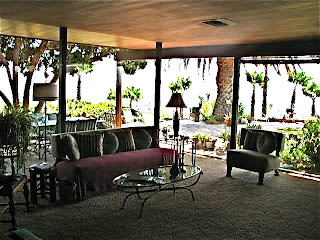 To add another layer of odd, Neutra was a believer in the orgone box, a new-agey device made of layers of natural materials that supposedly collected “orgone energy” (“orgone” = orgasm + ozone). The theory was that users would sit inside this specially constructed box and soak up this energy through their genitals, which would then be redistributed throughout their entire bodies during orgasm, thus curing all of their ailments (I swear, I'm not making this up). Neutra integrated this belief system into his architecture, and designed his houses to be promoters of well-being, giant orgone boxes in residence form.

Perhaps it works. Gage Wilson, though wheelchair bound for decades, "always has a smile on his face," observes Julia Jones, the couple’s real estate agent, who is helping the Wilsons sell their home so that they can move closer to their daughter. 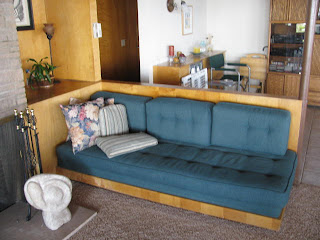 The house is a true beauty, with gorgeous original cabinetry built in everywhere, striking wood ceilings, and vast uninterrupted stretches of glass walls encircling it entirely, creating a spectacular flow from indoors to out. Author Sylvia Lavin wordily explains:

"In the Logar house… landscape and transparency work together to produce what Neutra described as a "visually blended" sense of atmospheric continuity that ranged from the beginning of the path to the house all the way into and through the house out to the lawn behind. While there was no logic of appearance that connected the interior to the setting, either of contrast or of mimetic continuity, there was a coordinated and coherent system of responses provoked by both the architecture and the landscape." 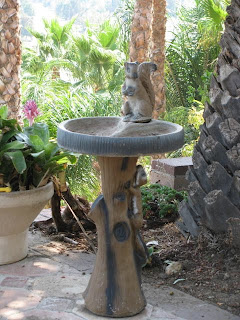 The house, as arranged by the Wilsons, bears little resemblance to the museum-like temples to midcentury modern style one typically sees in magazines like Metropolitan Home or Atomic Ranch, inhabited mostly by hairdressers and fashion designers. Gage and Juanita, as the sign on their front door attests, are plain folks. The house is uncluttered, and unshowy; after all, someone’s grandma lives there. 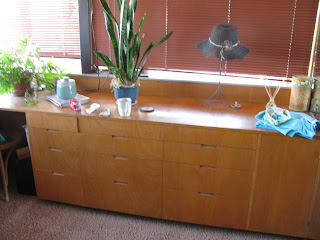 Not only do the Wilsons, who have been married for 49 years, reside in a historic house, but they have a fascinating history of their own. Juanita's family has lived in Los Angeles for five generations – the Olivas Adobe factors into her family tree -- and Gage is a living font of Granada Hills history who has been living here since the town was little more than lemon groves. Gage moved to Granada Hills on August 6, 1930 at the age of 3. Gage’s mother was the first president of the Granada Hills Women's club, and his father owned the land at what is now the corner of San Fernando Mission and Woodley since before it even was a corner -- it was just a grove and a modest house. The family leased part of their land to Vons, which operated a store there for years before moving down the street to their current San Fernando Mission and Balboa location; the site is still a store: it's currently Albertson's. Gage later moved to his own house on San Fernando Mission Boulevard, and then to the Logar house. “We moved in on Sept 25, 1969,” he says, flaunting his elephant-like memory for dates. 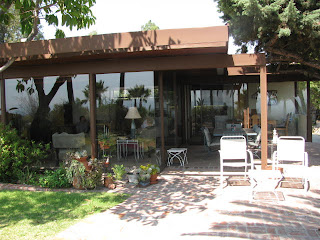 The Logar House created quite a buzz when it was recently put on the market, with excited chatter on architecture enthusiast sites such as Curbed L.A. and a host of others. Over the years, invitations to use the house for film shoots, and communications from scholars were commonplace. Recently, an architecture student from Japan contacted the Wilsons, asking if he could visit their house. The Wilsons take the attention in stride – it’s nothing new for them, all of this fascination with their famous home. They simply keep living their peaceful life, just plain folks in a celebrity house.