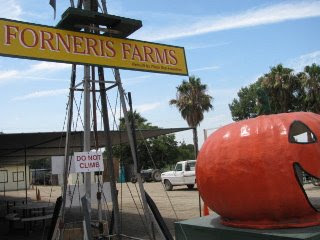 The watermelon is usually considered the emblematic fruit of summer, but to me, nothing tastes more summery than a fresh, local, in-season plum in full ripeness. You're just not going to get that at Albertson's.

The fruit at Forneris Farms isn't organic, but it isn't flown in from Chile, either -- most of it is grown in Simi Valley or other nearby locations. You'll pay more, and you'll get more. The plums I bought there this week were a little piece of heaven, the strawberries plump and firm, and the peaches all drippy succulence. 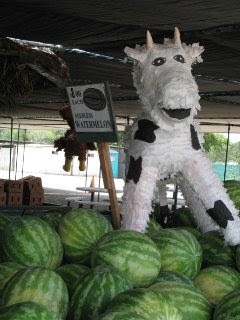 There's a the line in the About The Farmer page of Forneris Farms' website where Farmer John's bio says, "He grew up when farming was considered an important and valuable profession." Do I detect a hint of bitterness? Maybe a little. Maybe he's frustrated at having to become to an agritainment venture just to stay alive when his plums are so damned good all by themselves. But the entertainment does keep me coming back, because a trip to the farm stand is nothing like an everyday trip to the supermarket. My kids love feeding strawberries to the goats, ogling the peacock, and cowering in fear of the creepy fright-masked scarecrows.

Fall is the big season at Forneris Farms, but try to make a trip there before summer is out, to get some fresh corn for your grill or some of the gigantic tomatoes. Summer will be over before you know it, and though Ralph's will be flying in watermelons through the dead of winter, there's nothing like the real deal that comes from our own neighborhood. 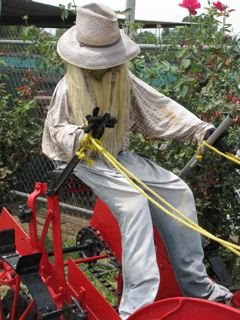