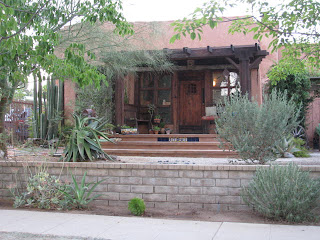 This Southwestern style house in Old Granada Hills is one of the oldest houses in town, but it's only on its second owner. It's a great example of a remodel that works with the existing architecture instead of against it -- unlike the Eichlers I've seen with doric columns strapped to the front. 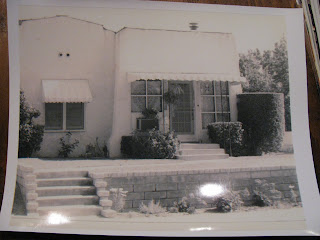 The current owner told me that this house (an earlier incarnation is pictured at left) was built in 1927, and is one of the 19 of the oldest houses in Granada Hills. She shared some knowledge, gleaned from neighbors, of the home's previous owner. 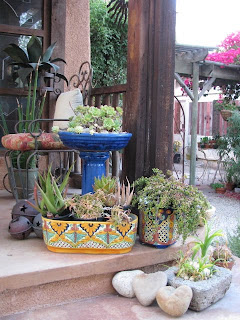 "Her husband was a Mason, and he died, so the Masons got together and each donated a hundred dollars to her. So she had $500 that she used for the down payment on this house, and she raised her two kids here." 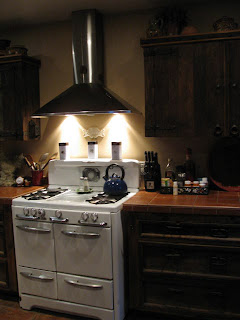 The house was tiny by modern standards, so the current owner added on what is now the kitchen and an additional bedroom. The kitchen has a vintage stove and wormwood cabinets made in Mexico, which contributes to the vintage patina. 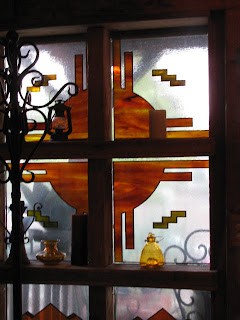 "Sometimes when I'm coming home I forget what a nice house I live in. I'm too used to it, and I don't notice it. But then someone reminds me, and I realize how much I love it. I really do love it." 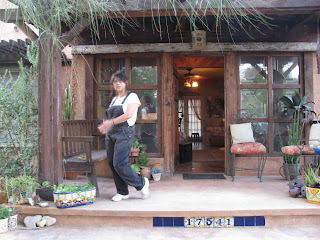